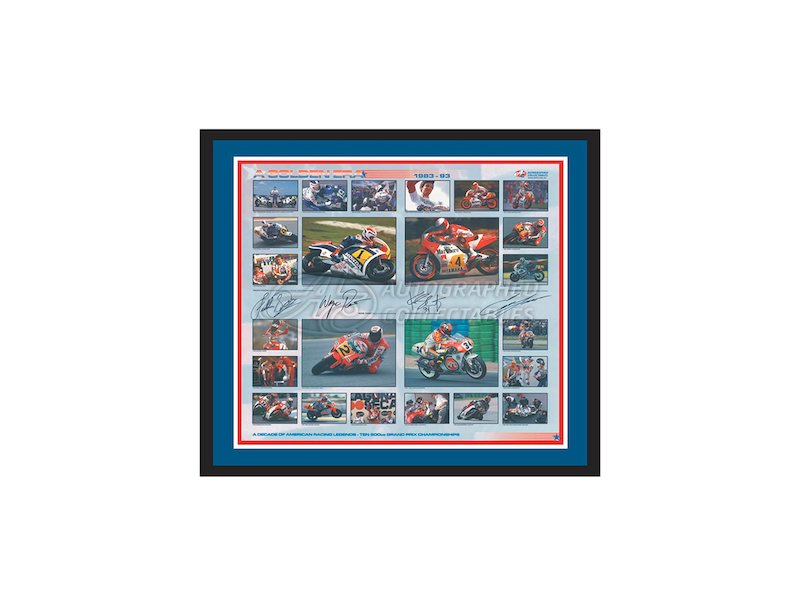 Commemorating the American 500cc World Champions of the 80's & 90's, ""A Golden Era"" features 24 images, some dating back to 1984 which capture Eddie Lawson's first championship victory. Only 500 pieces have been produced worldwide & each piece has been hand signed by the four World Champions, Eddie Lawson, Kevin Schwantz, Freddie Spencer & Wayne Rainey. Between them, they won ten 500cc World championships in a decade. An amazing piece of World Championship racing history during an era which captured the best of racing.A Golden Era was personally signed by Kevin Schwantz, Wayne Rainey, Eddie Lawson and Freddie Spencer during the 2005 Laguna Seca MotoGP™ Race weekend.Each piece is backed by an Autographed Collectables 100% Guarantee of Authenticity as well as photos from the signing.Features:
Measures: 77 x 57 cmThis peace is not available unframed.
DELIVERY

If you do not have a MotoGPTM Store account yet, this is the perfect time to create it!
Your data will be saved for future purchases.