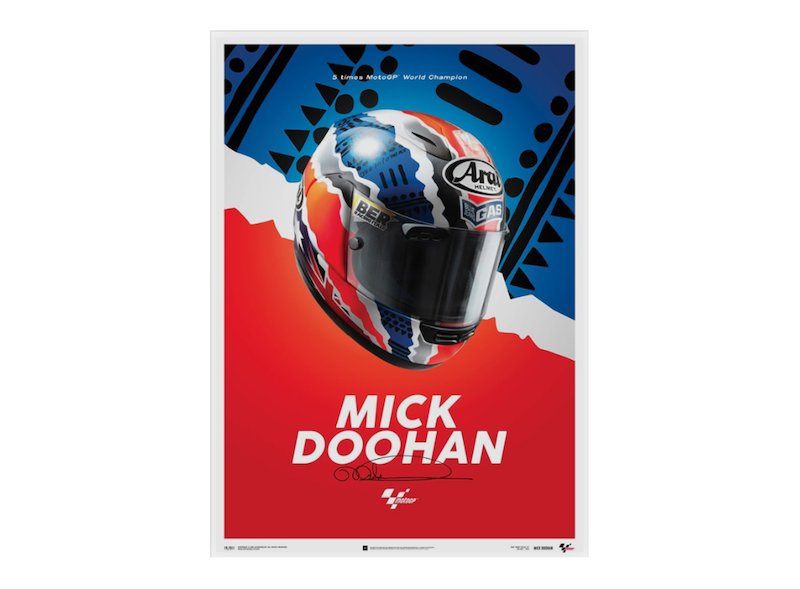 The official Automobilist design poster is the first expansion of MotoGP in the distinctive Helmet Collection and commemorates the legacy of Mick Doohan, 5 times world champion in the 500cc class.
Mick Doohan made his Grand Prix debut in 1989 with the Honda team on a two-stroke NSR500 motorcycle and won his first race in 1990. His true dominance began in 1994, when he won his first World Championship by more than 140 points.
The iconic Arai striped helmet kept Doohan safe on the tracks throughout his career, which he spent alone with Honda and included 95 podiums, 58 pole positions, 54 victories and five consecutive championships between 1994 and 1997. Designed by Aldo Drudi, the motifs pay tribute to Australia, Doohan's homeland.
Foil
DELIVERY

If you do not have a MotoGPTM Store account yet, this is the perfect time to create it!
Your data will be saved for future purchases.